Home » The History of Stencils

The World of Ornaments 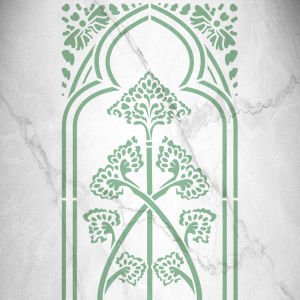 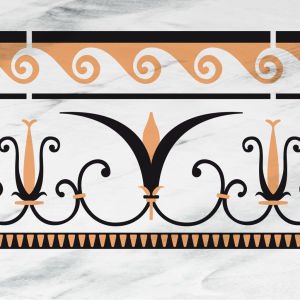 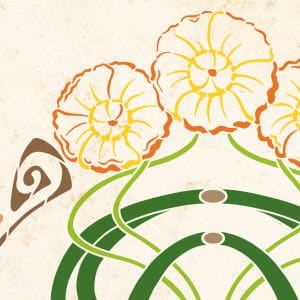 Decoration is everywhere and yet we often barely notice it.

But decoration should not be taken for granted. Decoration runs like a thread through our lives. For thousands of years people have decorated their homes, their bodies, their environments. They are a means of expressing who we are; they can be tribal markers or markers of status; decoration is everywhere.

There are myriad forms of decoration that cross boundaries of time and culture.

Designs that change with the zeitgeist and which are endlessly adaptable. There will always be a creative search to find new ways of expressing ourselves through design and ornament.

In the earliest cultures, nature provided the primary source of patterns. In the Paleolithic cave paintings, people made fascinating paintings of the animal world but also used handprints as an interesting ornament.

When people settled into agricultural communities 8,000 years ago, they began to make ceramic vessels. The everyday objects that were handed down to us from these early communities are known as being part of “Band Ceramic Culture”. The clay pots of these ancient cultures are often decorated with simple geometric patterns: zig-zag bands, triangles, circles spirals or checkerboards.

Egyptian culture, of 4,000 years ago, also bounded in decoration. Motifs from the plant world appear for the first time on a large scale: for example,  the lotus flower is both a symbol of creation and rebirth in the Egyptian cult of gods and the dead. This can be found in jewellery, architecture, reliefs, vases and amulets.

In the Mediterranean, 2,500 years ago, decorative Greek art sets the standard for subsequent centuries. The familiar patterns of the meander, the acanthus or the palmette are still seen today. The rise of the Roman empire ensured the dissipation of these patterns throughout Europe and the Middle East.

It is interesting to note how both in Eastern (Islamic) and Western cultures, the primary patterns began from a similar point but went on to be developed in different ways.

In the Middle Ages, the patterns of Greek and Egyptian antiquity were taken up and adapted. Church buildings often portray Germanic and Celtic ornaments and braided ribbons. These are housed within the new shapes provided by the Romanesque and Gothic architecture of the era.

The Art of the Renaissance again uses ancient forms, styles and patterns and develops them. Palaces and mansions see a growth in the importance of interior decoration.

100 years later, the Baroque style emerges. Extravagant and powerful, elegant and exuberant: the decorative art of the Baroque is a perfect expression of the power of princes and royal families and high catholicism. Rococo architecture and art was a further development.

Again with the Neoclassical period, there is a looking back to the ornament and decoration of the ancients. Clean lines and references to ancient Greek design reemerge.

And in the subsequent centuries, there is a rise in the power of middle classes, the bourgeoisie, and there is the development in the means of production – what was once the privilege of the wealthy few is now more available to a wider market. Who can buy and how easy it is to produce the designs leads to a wider market and yet more decoration.

With mass production comes the opportunity for trends to change quickly. In the late 19th Century the curls and loops of Art Nouveau emerge and are superseded only decades later by the straight lines of Art Deco – and on from there so that there are even people who question whether the newest trend should be the total absence of ornamentation.

Stencils play a part in this long history of decoration and ornament. Their use dates from the Middle Ages and can be found all over the world, in Asia and in Europe.

Stencil templates have always been shared and used. As trade increased, so did their dissemination. In the Renaissance era, engravings paved the way, and in the 18th and 19th century, artisans created books and collections for one another.

In the past, wall stencils were made from cardboard and were passed on from generation to generation in the painting trade. Today filigree wall stencils can be produced digitally with computers and mechanical plotters. The use of these modern materials create optimal results with a consistent high quality.

Stencils are ideal for professionals and ambitious creatives and can be used again and again. The Schablono range offers a wide variety of current and historical motifs. Our service also offers the ability to produce new stencils based on your desired motifs at any time. 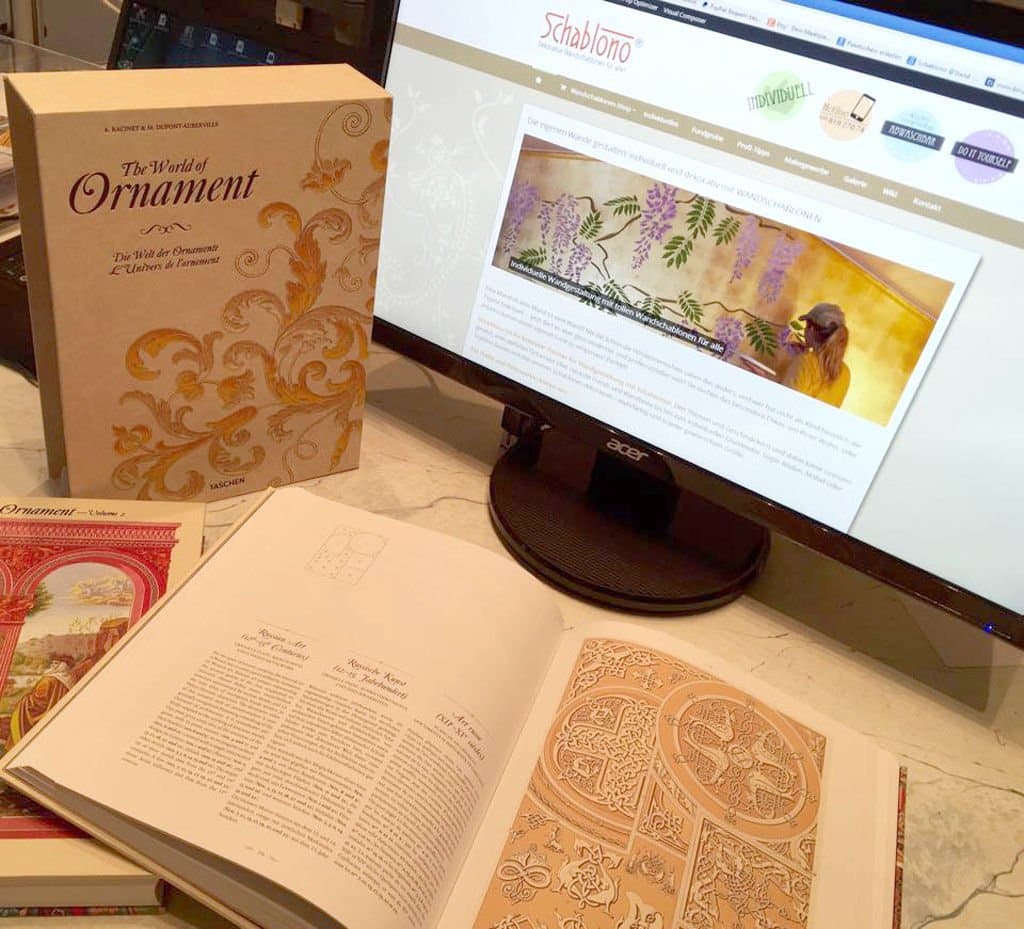 All striked out prices refer to prices used to be charged at this shop.